The Chlupp & Hall Group has been built upon shared values of honesty, integrity, genuine concern for clients, and respect for associates. These values drew us to join Baird and remain central to our ability to earn the quality client partnerships and maintain the high standards that are our traditions.

Chris Chlupp joined the Chlupp Group, a second generation West Bend practice, as a Financial Advisor in 1999. He partnered with his father Frederick H. Chlupp, who started the West Bend office for Baird in 1982. Prior to that, Chris worked in Baird’s Operations Department for two years.

Chris holds a BS in business from the University of Wisconsin – La Crosse. In 2004, he earned the title Senior Investment Consultant, a Baird program held at the University of Chicago Graduate School of Business, by completing a multiple day course of study focusing on the investment and retirement needs of clients. In that same year, Chris also became a PIM manager. In 2005, Chris became a Certified Investment Management Analyst® certificant. In 2006 to earn his Investment Strategist Certificate. He is also a member of the Investment Management Consultants Association. Chris is the 2009 runner up for the G Frederick Kasten, Jr. award, the highest honor a Baird associate can receive.

In his community, Chris is a past president of the West Bend Noon Rotary and received the Paul Harris Award from his club on the last day of his presidency. Chris was instrumental in the creation of West Bend's Enchantment in Park and has served on their Steering Committee since its inception. In 2009, Chris was invited to join the Board of the West Bend Community Foundation where he currently holds the position of Vice President and has been lead of the Development Committee since 2010. He is a former Creative Council member of the Young Professionals of Milwaukee and former member of the Governor’s Tax Blueprint Team. He is also a Leadership Group graduate of the West Bend Area Chamber of Commerce and serves on the West Bend Community Foundation. Chris currently serves as a Board Member for the Economic Development of Washington County.

Chris resides in West Bend with his wife, Heidi and two daughters Sydney and Kennedy. Chris enjoys playing golf, traveling and spending time with his family.

Chris Chlupp has been recognized in the August 2011 edition of The Rotarian! The Rotarian is a monthly magazine that originated in 1911 as a way to provide a means for the exchange of ideas between Rotarians throughout the world. The article on Chris appeared in the column "The Talent Around The Table."

Brandon earned his bachelor's degree in Finance from the University of Wisconsin - La Crosse and joined Baird in 1997. He has extensive experience in multiple areas of the firm. Originally hired as a financial officer in the Waukesha office, he worked alongside a senior advisor and was responsible for prospecting new clients and servicing a large book of business. He then joined the Corporate and Executive Services Department at Baird’s headquarters and focused on helping high net worth families exercise stock options and execute Rule 144 sales. Brandon played an instrumental role in the education and implementation of Baird’s exchange fund program. Since its inception in 1999, he helped place over $100 million of concentrated stock into the program.

In 2004, Brandon earned his CERTIFIED FINANCIAL PLANNER™ certification and then transitioned to the Financial Planning Department where he worked alongside a talented team including a CPA and Estate Planning Attorney to produce hundreds of financial plans for Baird’s top clients. It was there that Brandon gained valuable experience in creating and presenting customized financial plans for wealthy families focusing on the following areas:

Brandon joined the Chlupp family practice in 2006 to form the Chlupp & Hall Group. His primary role is customizing comprehensive financial plans for clients of the group. Brandon believes his plans are the “living and breathing” documents that need to be continuously updated as families enter different stages of life. The Chlupp & Hall Group is the most valuable to its clients when an unexpected event or tragedy has occurred. During that pivotal time the group is in the best position to steer the family through a difficult period of time.

Brandon and his wife, Sarah, and four boys, Cooper, Beckett, Brady and Dylan are residents of Cedarburg. When he's not enjoying the company of his family and friends, Brandon enjoys hobbies that include fishing, snowmobiling and spending time in northern Wisconsin.

Certified Financial Planner Board of Standards Inc. owns the certification marks CFP®, CERTIFIED FINANCIAL PLANNER™ and federally registered CFP (with flame design) in the U.S., which it awards to individuals who successfully complete CFP Board's initial and ongoing certification requirement.

Paula started her Baird career at the Downtown Office in July 2010, moving to the Chlupp & Hall Group September of 2012. She works directly with clients on day to day activities, handling all operational procedures and questions. Paula holds FINRA Series 7 and 66 securities license.

Before starting her finance career she was a Sole-Proprietor for 7 years serving the industrial industry and an Office Manager for over 10 years at a Tool & Die business.

Paula resides in Colgate, Wisconsin with her husband, Mark. Together they have five children.

Lindsay joined Baird with the Chlupp & Hall Group in June of 2019 as a Client Assistant.  She works directly with clients on day to day activities, handling operational procedures, questions and coordination.

Lindsay resides in Hustiford, Wisconsin with her husband.  Together they have two children. 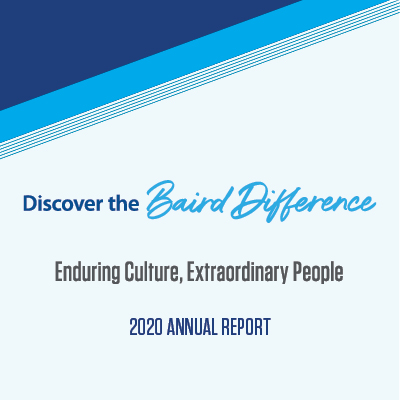 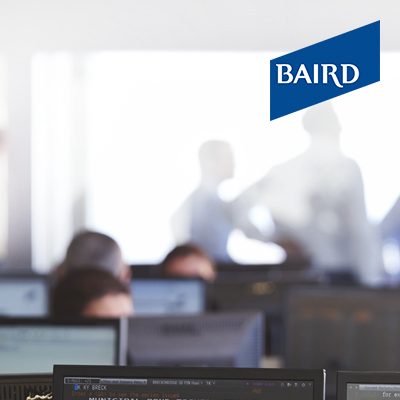 Learn more about the nation's No. 1 underwriter of municipal bonds, by number of issues.