The KHK Group
The KHK (Kindler Henrickson Kerns) Group has over 120 years of combined financial service experience at Baird. Our mission is to create meaningful, long-term relationships by providing a disciplined wealth management process resulting in financial peace of mind for our clients. We look forward to the opportunity to put our collective knowledge and expertise to work for you. Mark Kindler joined Baird’s flagship Milwaukee office in 1993. With an experienced team of specialists beside him at Baird, Mark works to provide customized investment strategies and wealth management solutions to high net worth families, business owners and executives.

Education/Experience
Mark earned his Bachelor of Arts degree from the University of Wisconsin-Madison and served as Chair of the Wisconsin Foundation’s inaugural Senior Pledge Program in 1990. In the summer of 2007, Mark successfully completed Baird's Investment Consultants Program held at the University of Chicago Booth School of Business.

Community Involvement
Mark has been active in the Boy Scouts of America for many years, serving as a Den Leader, Cubmaster, Fundraising Chair and Troop Committee Member. He is actively involved in his church and has also served on non-profit boards for Phantom Lake YMCA Camp and the Wisconsin Area Music Industry.

Personal
Mark and his wife Kathy have been married for 25 years and live in Brookfield, WI with their three sons. Mark has been an active scout leader for many years as well as coaching youth baseball and soccer. He enjoys distance running, golf and performing with local music and theater groups both on stage and on the drums.

Cliff Henrickson joined Baird in 1982 and has over 37 years of experience in the financial services industry. Among Cliff’s areas of expertise are individual equity strategies, equity and mutual fund portfolios, strategic portfolio review, and education planning.

Background
Before Baird, Cliff spent 10 years in the retail industry as a store manager for Sherwin Williams and as a sales representative for Glidden Paints.

Education/Experience
Cliff graduated from Bradley University with a Bachelors Degree in Business Administration and a minor in Economics. He earned a Senior Investment Consultant designation through a specialized training program that was held at the University of Chicago.

Community Involvement
Cliff has been a member of the Metropolitan Builders Association for over 30 years. In addition, Cliff is on the board of directors for Economics Wisconsin, an organization that helps teachers teach economic principles to their students and promotes economic education and financial literacy.

Personal
Cliff has been married to his wife Hilary for 47 years. They have three children: Jorie, Calie, and Jess - who is also a partner in the KHK Group.

Background
Before Baird, Jess spent 10 years in the automotive industry as a parts and service manager for the largest Honda dealer in Cleveland, Ohio.

Education/Experience
Jess received a Bachelor of Science degree in Business Management from Miami University in Oxford, Ohio. In addition to holding the Series 7 and 66 licenses, he is also licensed for long-term care insurance planning. Jess regularly teaches financial and retirement planning workshops through various educational institutions in the Southeast Wisconsin area.

Personal
Jess grew up in Milwaukee. He and his wife Heather have been married for 15 years and live in Shorewood, Wisconsin with their son and daughter. He enjoys running, volunteering, and being active in sports.

Danny Kerns joined Baird in July of 2015. As a partner of the KHK Group, Danny works to provide comprehensive wealth management strategies for clients and their next generation heirs.

Background
Prior to Baird, Danny spent four years in the point-of-purchase industry at Frank Mayer & Associates in Grafton, Wisconsin. Danny joined Baird in 2015 as a Financial Advisor in Training and was the recipient of Baird’s 2016 Rising Star Award that annually recognizes two Next-Generation Financial Advisors who best demonstrate the attributes of long-term success.

Education/Experience
Danny attended Indiana University in Bloomington, Indiana. He graduated in 2011 with a Bachelors of Arts degree in Political Science with an emphasis in Spanish Language. During his time at Indiana University, Danny was heavily involved in College Mentors for Kids, a program designed to provide local underserved youths with one on one mentorship and support.

Community Involvement
Danny is a Board Member of the Bay View Community Center, supporting families and individuals on the south side of Milwaukee. He is also heavily involved in the Milwaukee Jewish Federation, serving as the Board Chair for the Next Generation Leadership Council.

Personal
Danny was born and raised in Milwaukee and currently resides in the neighborhood of Bay View on Milwaukee’s South Side. As a life long musician, he spent five years playing guitar and piano in a local cover band. In his free time, Danny enjoys golf, camping, hiking, running marathons, and the occasional beer garden with friends and family.

Amanda joined Baird in 2016. She brings an extensive accounting and estate planning background to the team that helps her provide thorough and detailed financial planning services to clients.

Background
Prior to joining Baird, she worked for over 10 years as a small business accountant for various companies in Southeastern Wisconsin.

Education/Experience
Amanda received her Bachelor of Science degree in Political Science and an Associate Degree in Accounting, both at the University of Wisconsin - Whitewater. Amanda has the security industry Series 7 and 66 licenses and is a CERTIFIED FINANCIAL PLANNER®.

Community Involvement
Amanda is committed to Baird’s philosophy of “Baird Gives Back” and allocates time each year to participate in activities throughout the Greater Milwaukee Area; specifically events at the United Community Center and Hunger Task Force.

Certified Financial Planner Board of Standards Inc. owns the certification marks CFP® CERTIFIED FINANCIAL PLANNER™ and federally registered CFP® (with flame design) in the U.S., which it awards to individuals who successfully complete CFP® Board’s initial and ongoing certification requirements.

Sue has over 41 years of experience in the investment industry, all of which have been with Baird. As a Client Assistant, Sue handles much of the team’s day-to-day operations, client communications and is committed to providing exceptional service and developing long-lasting relationships with clients.

Education/Experience
Sue received a Bachelor of Science degree in Business Management and Communications from Alverno College in Milwaukee, Wisconsin.

Community Involvement
Sue enjoys volunteering her time to numerous local organizations, especially during Baird Gives Back Week - an event held annually in the spring to help with projects such as preparing and serving food, and working with seniors. She has previously volunteered for fundraising events with the Make-A-Wish Foundation. 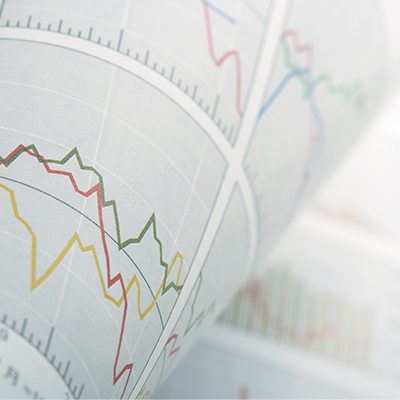 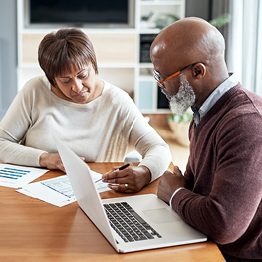