The Consiglio Osmanski Hienz Group’s philosophy is to build lasting relationships by utilizing a comprehensive financial plan based on their clients’ goals, risk tolerance and time horizon. They believe the key to a successful client relationship is by first establishing trust built on good communication and a thorough understanding of their clients’ needs. Each advisor on the team holds their CFP® designation.

Why the Certification Matters

Anthony joined Baird in 1996; his areas of expertise include comprehensive wealth management including investments, insurance, wealth transfer and retirement planning.  Anthony earned a Bachelor’s degree in Mechanical Engineering Technology from MSOE in 1994. He obtained his Certified Financial Planner™ certification in 2004 and has been a member of Baird’s Chairman’s Club since 2006. Anthony has been annually recognized in Milwaukee Magazine as a FIVE STAR Wealth Manager since 2009, by FORBES as a Best in State Wealth Advisor since 2019, and by Barron’s as a Top 1200 Ranked Advisor since 2020.

Anthony is active in the community as a past President and board member for the Elmbrook Rotary Club and Foundation, member of Rotary since 1997 and has received multiple Paul Harris Fellow awards. Anthony is a board member for the Boy Scouts of America - Potawatomi Area Council. He is also actively involved with St. Gabriel Church and School. Anthony and his wife Jodi reside in Hubertus with their children, Nicolas, Zachary, and Ashlee. He also enjoys hunting, fishing, hiking, and biking with his family.

Chad joined Baird in 1999 and focuses on financial planning, including investment management, retirement, insurance and wealth transfer planning.  He specializes in assisting retirees and pre-retirees develop strategies to achieve their financial goals.  Chad earned a bachelor’s degree with a major in business and a minor in statistics from Winona State University in 1999.  He obtained his CERTIFIED FINANCIAL PLANNER™ certification in 2008 and has been recognized in Milwaukee Magazine as a FIVE STAR Wealth Manager since 2009.

Chad and his wife Rachel live in Pewaukee with their three children, Vayda, Vincent and Vaughn.  He is a member of Milwaukee Officials Association and is a WIAA basketball official.  In his free time, Chad enjoys reading, sports, officiating, fitness and spending time with family.

Bill has been a financial advisor for more than three decades. He joined Baird as a Branch Manager in 2000. As a Senior Vice President, he helps clients look beyond market cycles to create comprehensive, long-term strategies that help them reach their financial goals. These include retirement, wealth transfer and philanthropic interests. Bill received his master’s and doctoral degrees from the University of Illinois at Urbana-Champaign and earned the CERTIFIED FINANCIAL PLANNERTM certification in 1989. He has been recognized in Milwaukee Magazine since 2009 as a FIVE STAR Wealth Manager. Bill and his wife Paula live in Brookfield, where he enjoys music, reading and trying to keep track of his four adult children and five grandchildren. Bill previously served on the boards of the String Academy of Wisconsin and the Franklin Educational Foundation.

Monica’s driving principle in her practice is to educate her clients so they can be more confident and in control of their finances. She aims to understand what is important to her clients and their families, and then creates a financial plan tailored specifically to their needs and goals. Monica then aligns investment strategies around the plan created in collaboration with her clients.

Monica serves on the Board of Directors for SaintA, TEMPO-Waukesha, and Milwaukee’s LPGA Amateur’s Chapter. She is also one of three Directors for Boss Ladies MKE. In her free time Monica enjoys running, golfing, practicing yoga, and snowboarding. She also enjoys traveling and giving back to the Milwaukee community.

Sheryl brings over 27 years of industry experience to the team. She joined Baird in 1997, and spent time developing her expertise with teams in the Milwaukee-PWM Branch, Operations, and Technology Best Practices. During this time Sheryl was heavily involved in several Associate Resource groups, focused on making Baird the best place for all associates. She is fully registered with her FINRA Series 7 and 63 licenses. Sheryl leads the team in client support as a dynamic group of advisors requires a high level of organization and training to assure fluid client experiences.

Shauna is a Senior Client Specialist with Baird for nineteen years. Before commencing her role on a financial advisory team in 2006, Shauna managed projects for Baird’s human resources, marketing and compliance departments. Shauna also served with the United States Marine Corps Reserves for 6 years, including a tour in Iraq. Honored in 2011 with a Branch Support All Star Award (awarded to 3 associates out of 380), Shauna’s leadership in client service and professionalism is among the best at Baird.  Her knowledge and experience with retirement accounts, education accounts, decedent situations and client event planning is valuable to our delivery of thorough and responsive service. She is also licensed to support our review and implementation of insurance solutions.

Shauna’s time outside of Baird is shared with husband Sean and daughter Briana in Brookfield, Wisconsin.  She enjoys fitness activities, volunteering with the Girl Scouts and with her daughter’s school, as well as making people happy through her love of cooking, baking and cake decorating.

Andrew has been at Baird for over two years and was previously working in Operations as a Client Account Setup and Documentation Specialist. He graduated from Illinois State University with a Bachelor of Science in Economics. Andrew is committed to being a lifelong learner. He possesses the SIE and is currently pursuing his Series 7 & 66 Licenses. Andrew’s mission is to apply his exceptional client service, knowledge, and work ethic to realize the client’s objectives. Andrew’s goal is to make the administration process easy to understand for clients.

In his free time, Andrew enjoys cooking, baking, reading, going on walks with his Fiancée Alex, and most of all playing new and exciting board games with friends.

Jenna recently joined Baird bringing over ten years of customer service experience to the team. She is currently pursuing her SIE, FINRA Series 7 and 63 licenses, and is eager to provide exceptional customer service. Her goal is to make a genuine connection with every client and leave a positive impact.

Jenna attended the University of Wisconsin-Whitewater where she earned her Bachelor of Business Management. She has also held her Real Estate Sales license for the past 10 years.

Jenna and her husband, Mike, live in Eagle, Wisconsin. In her free time Jenna loves spending time with family, especially her two daughters: Aubrey and Addison. Jenna also enjoys fishing, photography, hiking, and going for walks with her dogs Montgomery and Gunnar. 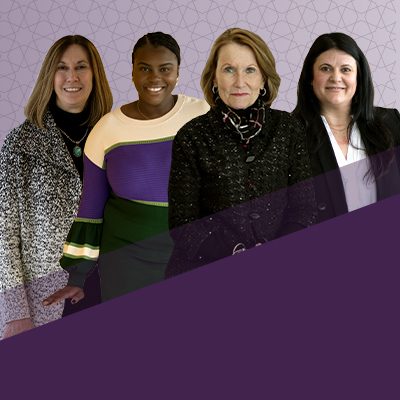 Discover the power of Women at Baird 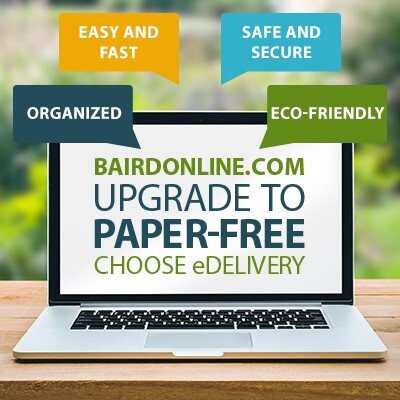