The Importance of Shareholder Advocacy for Impact Investors

Shareholder advocacy activates the power of stock ownership to encourage change from within a publicly-traded company*.

On October 14 of this year we invited Leslie Samuelrich, President of Green Century Funds to give a presentation on Impact Investing at the North Carolina Botanical Gardens, here in Chapel Hill. It was a beautiful day to be in the garden and we had a good group of just under forty people to attend—a mix of clients and friends. Some of our clients in attendance are current investors in the Jester Group Impact Strategy, while others were curious to learn more about the topic as a whole.

For lunch, our guests enjoyed BBQ (Chicken, Pork, and a Vegan option made with mushrooms) catered by Reverence Farms _-a local farm-to-table operation from just outside Saxapahaw, North Carolina. To begin our presentation, Bruce Nelson, co-owner of Reverence Farms (and former CEO of Office Depot) gave a brief talk explaining his farm’s mission and their reverent process for bringing their delicious food to the table. If you’re interested in learning more about Bruce’s story, a terrific piece was done on NPR’s The State of Things in July of this year:  From Corporate Climber To Reverent Farmer: The Evolution of Bruce Nelson.

At the end of his talk, Mr. Nelson went in a direction we were unaware he would take. Briefly, he put on the hat of a former CEO to talk about what he viewed as a path to change in corporate behavior. Mr. Nelson stated that perhaps the only way publicly-traded corporations would ever be influenced to face issues like board diversity, climate change, and instituting women’s empowerment principles, would be when shareholders themselves urged the company to do so.

As our guests learned, these practices can, in fact, have a significant and measurable impact. Green Century Funds is working to combat climate change, preserve needed habitat for endangered species, and mitigate potential financial risks for investors by protecting tropical forests. Ms. Samuelrich of Green Century Funds later provided a few bits of evidence as to how exactly their fund company has utilized shareholder advocacy to improve corporate behavior in this regard during her presentation.

One story she told involved the production of Palm Oil. Palm oil is a part of many different products. The harvesting of palm-oil is very big business. Unfortunately, this business leads to large scale forest destruction. As a frame of reference, the practice of forest destruction contributes nearly the same amount of global greenhouse-gas emissions as the entire transportation sector.

Ms. Samuelrich’s story, in particular, was about how Green Century began by pressing palm oil growers in 2012 to make zero-deforestation commitments. Since that time, Green Century has been successful in securing zero-deforestation commitments from Wilmar (Asia’s largest agribusiness) and some key purchasers of palm-oil including Kellogg, ConAgra, and Target. The Wilmar move alone is expected to keep 1.5 gigatons of carbon in the ground by 2020. In addition, Kellogg now sources 99% of its palm oil from deforestation-free suppliers. Through engaging individual companies, Green Century worked with international policy makers and industry stakeholder groups to then implement protocols aimed at stopping deforestation on a global scale. **

While shareholder advocacy is only part of the equation when considering an Impact Investment, it is a critical one. As we are learning, it is a way to make measurable impact with our investments. As Mr. Nelson of Reverence Farms reminded us, corporations listen to shareholders.

As a starting place, many of the funds that we currently employ as a part of the Jester Group Impact Strategy utilize shareholder advocacy in order to make measurable impact. If you’d like to learn more how these funds use Shareholder Advocacy, we have provided a couple of links:

If you are interested in learning more about this topic, please don’t hesitate to reach out to a member of our team. We would love to begin a conversation with you.

The Jester Group
Invest in good.

**From: How is Green Century protecting tropical forests? . 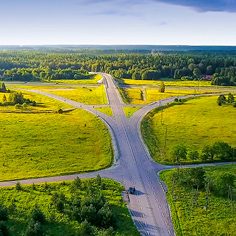